Written by J.J Roberts with additional thoughts from Andre Paradis

Broadly speaking, there are two types of feminism based on two different map-reads of the word “equality.”The first says that women are as important as men and should not be treated as second class citizens. I call this “type One” feminism, and it gave birth to such splendid movements as women’s suffrage, in which women fought and died to bring to women all over the world the right to vote and the right to run for office.

“Type One” feminism must also be thanked for campaigning successfully for the political and social reform necessary to give women access to social mobility, jobs and careers, and their own financial security.

Of course women should have the right to vote and equal access and opportunities in the workplace. Why? Because, No authority of any kind has any legitimacy whatsoever unless it serves those who submit to it. It doesn’t matter whether the authority is patriarchal, matriarchal, legal, economic or governmental.  Painful reminders of the problems of illegitimate authority happen on an almost daily basis.

“Type One” feminism was always bound to succeed because it is just. The battle for the vote and for social mobility and self-sufficiency for women has already been won in modern western society.

But in many countries of the world the battle is very far from won. Women in Saudi Arabia were only recently given the right to vote and stand in elections starting in 2015. Clearly Saudi Arabia is much behind the West, but it’s at least making improvements (although the announcement lost its shine when two days later a woman was sentenced to ten lashes for driving a car).

Women still are not legally allowed to drive in Saudi Arabia, and of course it’s hard to achieve social mobility when you don’t even have physical mobility. The fight in countries such as this will go on, but the outcome will be the same for all of them eventually. Victory for “type One” feminism is inevitable

This brings me to the second map-read of the word “equality,” which says that men and women are the same.

I call this “type Two” feminism.

“Type Two” feminism insists that, apart from a few basic biological differences, gender roles are artificial social constructs propagated by men, who are considered to be the enemy or the oppressors. Thinking of gender roles and biology as artificial social constructs is a self-delusion that can easily be addressed by watching a nature documentary. Of course the best way to perpetuate self-delusion is to band into tightly-knit Aschian conformity cliques and wield shaming language against those who dare to disagree. That is what “type Two” feminists do.

This word used to very specifically mean hatred of women.

However, in modern society it’s been hijacked by “type Two” feminists to mean “you’re not compliant with our agenda” or “you said something I disagree with on the subject of gender and now I feel irritated or angry.” Incidentally, the opposite of misogyny is misandry (the hatred of men). Ironically, many “type Two” feminists are misandrists who indulge in the very thing they claim to decry–hatred of the opposite sex.

If you believe and are perpetuating the idea that the genetic imperatives themselves are artificial social constructs and that men are the enemy, you might be able to see at this point that the “enemy” really is nature itself.

“Type Two” feminism fails both men and women. It fails women because it teaches them to give up their beauty and femininity, which is the very thing that gives them high value to men. It fails men not only because unfeminine women are unattractive to them, but because the battle that “type Two” feminists are waging is a “false flag operation.”

A false flag operation is a military term used to deceive the public.

The nature of the deception is that the hostilities appear as though they’re being carried out by parties other than the real ones involved. “Type Two” feminism is a false flag operation in that it claims the genetic imperatives supplied by nature are actually the evil inventions of men. There never was a “battle of the sexes,” because it is not “type Two” feminists vs. men. The battle is “type Two” feminists vs. nature.

Regardless of whether a society is patriarchal, matriarchal or of any nature whatever, it has to serve the needs of everyone. Any authority has to serve both men and women. The betterment of both men and women should be the ultimate aim of any civilized society. This cannot be achieved by campaigning for the rights of 50% of the population at the expense of the other 50%.

The subjugation of either sex through patriarchy, matriarchy, radical feminism, physical violence, or through any other means is a failure of humanity. Life is not a zero sum game.

“Type Two” feminism was nothing more than a war to eradicate gender.

It fosters hatred which is not only destructive but flies in the face of nature and common sense.  It’s also why it has no chance of winning and we need to stop this infection from spreading further.

Men and Easy Sex: It’s not what you think…again!
The 3 C’s For Deeper Love and Relationships 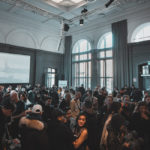 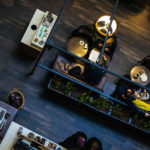 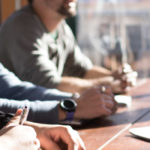 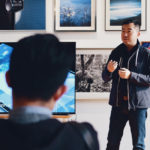 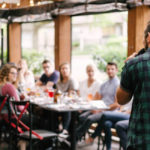